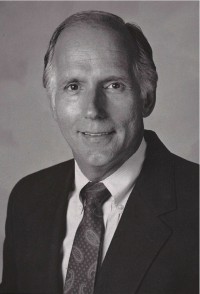 John turned to playwriting in his retirement years.  He enjoys the idea of creating a story populated with imaginary characters of his invention, some of whom are drawn from colorful street characters he knew growing up in the ethnic melting pot of South Philly.

John feels fortunate his plays have been produced in theaters from Florida to Washington State.  And he derives personal gratification knowing his work has evoked audience emotion ranging from laughter to tears.

John’s play, It’s Only A Minute A Guy wasselected for publication in Applause Theatrebooks’Best American Short Plays 2010-2011 (due August 2012).

John holds a B. Sc. in Pharmacy (Philadelphia College of Pharmacy), and a MBA (Drexel University). He has had various management positions with major pharmaceutical companies.

It’s the frenetic NYC ad agency world of the mid-1960s, when young Bixby, an agency copywriter, needs a promotion to marry Anne, his co-worker.  The only obstacles in his way are a deceitful supervisor, an office vixen’s flirtations and the amoral shenanigans of the firm’s owner.  Comedy, two acts, 4M/2F, suggested sets

It’s 1918 in Stumpville, Alabama, where the local political boss plans to rig the upcoming congressional election.  That is, until the town’s young female school teacher and a local farm boy unite and attempt to throw a wrench in the works.  Comedy, two acts, 6M/2F, suggested sets

A recently divorced woman reluctantly attends a “one-minute speed dating event” where she experiences disillusionment and a surprise she never would have imagined.  Comedy, 1M/1F, simple set

An aged shoeshine man working at a Vegas casino flashes back to a rich life as a high living, big time gambler. Drama, 1M, simple set

Anxious married daughter informs her elderly mother that her grandson is gay and wants to marry a man. Her mother misinterprets everything she says.  Comedy, 1M/2F, simple set

This Life or the Next  |  Last produced,  New Play Festival, The Globe Theatre, Odessa, TX

A man wants to jump off the Brooklyn Bridge but keeps getting interrupted by a chatty woman who is contemplating doing the same.  Comedy, 1M/1F, simple suggested set

A snobbish, country club socialite is asked to host a foreign college student for a Christmas exchange program.  She perceives the selected student lacks the “proper” social standing and rejects her.  She requests the student be replaced by a “high ranking” United Nations diplomat.  Her wish comes true but it’s a case of “be careful what you wish for.” Comedy, 2M/3F, simple unit set

Unexpected overtime work disrupts a secretary’s plans for a blind date with a man from the web.  Unable to contact him, she sends her co-worker to explain the predicament which leads to a totally unexpected outcome. Comedy, 1M/2F, simple set

A gay man faces a dilemma: His lifelong friend, a lesbian wants him to be a sperm donor for her pregnancy but his partner is uncertain about the idea. On the other hand, their respective parents are ecstatic to the point they want to name the baby, film the birth and pick a school. Comedy, 4M/2F, simple sets

The Case of Maxie Stine  (NEW)

A recently deceased, hard-charging, female Broadway Producer must face the music in the afterlife for her lifelong misdeeds.  Can she negotiate a better deal for herself? Comedy, 2M/1F, simple set

In Search of Memory (NEW)

A driven, female university scientist wants to prove she can transfer brain cells containing personal memories from one human to another and uses herself as a conduit with calamitous results.  Drama, 2M/1F, simple set

Cynical, inner city, African American high school dropout is given a second chance at an education and a life.  To achieve it, he has to overcome his own biases and ‘hood influence to accept help from a white man who has his own secret motives. Drama, 2M/1F, simple set

Son-in-law dreads the pending Christmas visit of his recently widowed, antagonistic mother-in-law.  But to his relief, she announces a surprise: the sale of her home and relocation to Florida.  Things couldn’t be better, but his friend, a self-appointed gigolo, plans to con the mother-in-law out of some of her late husband’s life insurance settlement.  The son-in-law must decide whether to let matters play out or warn his nemesis mother-in-law about his friend’s intentions. Comedy, 2M/2F, simple set